I recently performed a wedding in Torre Abbey, Torquay to a lovely couple who met while they were both working as Underwater Diving Photographers in Thailand. We met, after months of email contact, for the first time the day before for the rehearsal and I finally met their gorgeous baby, Matt. Charlie’s mum sent me these words.

“I have to let you know how much we enjoyed the ceremony on Saturday. It was beautiful and so very fitting for Charlie and Catherine and appreciated by all who attended. It made the occasion very special.” 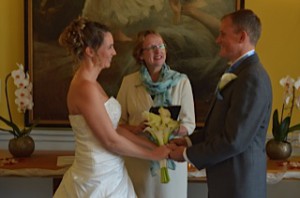 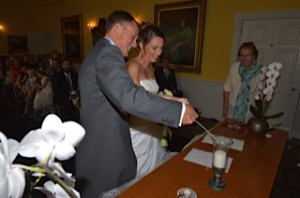 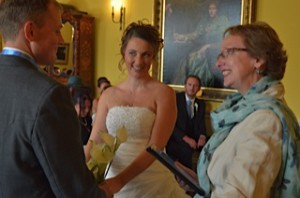 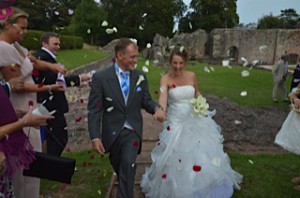 It was a hot, sunny day in August in deepest Cornwall when Mark and his beautiful bride Tamara had their Wedding Ceremony.  The bride’s famil 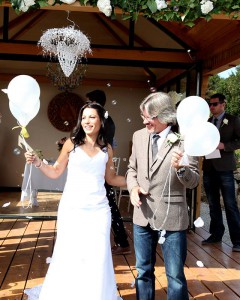 y had travelled all the way from Italy and Tamara’s best friend translated the vows and promises into Italian for the guests.  Even the Alpacas were groomed and smiling!  Mark had built a special wooden structure just for the Ceremony and Tamara had imported a Murano glass Chandelier which was lit throughout the day. 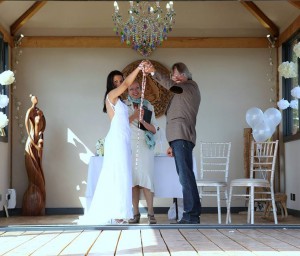 Their guests were rapt as I performed a Handfasting Ceremony for Mark and Tamara followed by a standing ovation.  At the end of the beautiful ceremony which included poems from Mark’s children, vows written by the couple and spoken (for the first time) to each other and signing a certificate, Mark and Tamara released balloons with wildflower seeds inside to express their love for each other.  The toast said it all:  “May you live as long as you want and never want as long as you live”